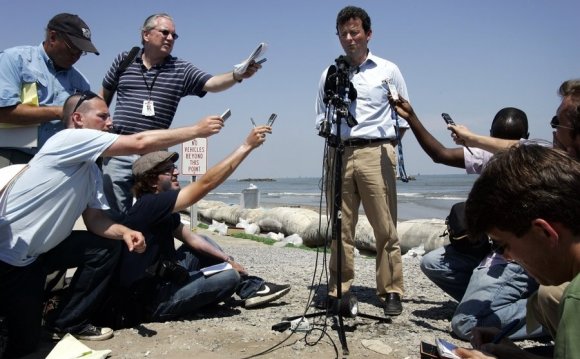 At some point every business, no matter how small, faces a crisis, whether it's one you help create or one completely outside your control.

To your customers (and possibly to investors and other partners), why the crisis occurred doesn't matter. What you do in response-and maybe even more importantly, how you communicate-makes all the difference.

Maybe you shipped a bad batch of product. Maybe your back-end systems failed and customer information was lost or stolen. Or maybe you've just done something stupid. The clock is ticking-what should you do?

To answer that question I turned to Todd Ragusa of Ragusa Consulting, a PR consulting firm based in New Orleans. Todd specializes in crisis communication and issues management.

Like most great advice, his basic process is simple... but difficult to do well. To deal effectively with a crisis he follows three basic rules:

Gather the facts, analyze the facts, and understand the nuances. It seems obvious, but this critical first step is often overlooked or rushed when people feel they have to respond rapidly-and when a crisis occurs, you'll feel like you need to respond instantly.

When the clock is ticking, even veteran communication experts feel the pressure to respond right away but that is rarely the best method. In many cases it's better to intentionally slow the pace of the story rather than release an ill-considered statement, since having to retract information is almost always a credibility killer. It's impossible to backpedal gracefully-just ask CNN regarding their coverage of the recent Supreme Court ruling-so avoid the embarrassment by getting the story right from the start.

And keep in mind that even though you know your business, you may not fully understand what happened in this specific instance. Dig in. Do the research. Talk to employees. Gather as much information as you can. Know what happened backwards and forwards.

Yes, you're the boss, and yes, your finger is on the pulse of every aspect of your business... but of course it's not. Don't let your need to appear to be all knowing-a feeling that will only intensify during a crisis-cause you to mistake your assumptions for facts.

Todd's first rule is to know all the facts, but that doesn't mean every fact should be passed on.

The goal isn't to keep secrets (unless information is confidential, of course); the goal is to avoid indiscriminately fire-hosing out an abundance of details.

In Todd's experience, clients who believe that right is on their side are particularly eager to say too much. They're eager to provide mountains of minutiae in support of their case or cause.

The trouble is that most people don't care about minutiae, and even the people who are interested don't really care that much. You care hugely about your reputation or public standing-but you aren't the audience that matters.

Think about what they need to know, not what you want to say.

And always remember that the message delivered is not the same as the message received. Different people interpret and assimilate information differently based on their level of interest and, in particular, to what degree the issue affects them.

Your goal is to provide just enough information that your broader audience understands while reserving the high-def version for the limited audience that actually wants that level of detail.

This one is easy. Honest is not just an ethical issue; telling the truth is a savvy business strategy.

If the truth is tough to swallow, develop strategies for making it more palatable-but do not change the facts.

And keep in mind that some people will automatically assume you are at the very least "spinning" your story.

You can combat that assumption by only saying what you know to be true. If, "I don't know, " is the case at that moment, say so. Don't list dozens of possibilities for what might have happened. Don't make excuses. Don't point fingers. Own the responsibility for finding out what happened and fixing the problem-even if it turns out not to be your fault.

How to become a screenwriter? It is possible to get a scriptwriter diploma at higher educational institutions in the field of "culture and art" - at the institutes of cinematography, television and radio broadcasting, at the literary faculties of universities, but most importantly - at the theater academies. There are also various centers of further education, courses and master classes of recognized masters. Moreover, you can get some help from Film Ally. Nevertheless, remember, scriptwriters are not born - people become scriptwriters, having accumulated sufficient life, spiritual and creative experience.