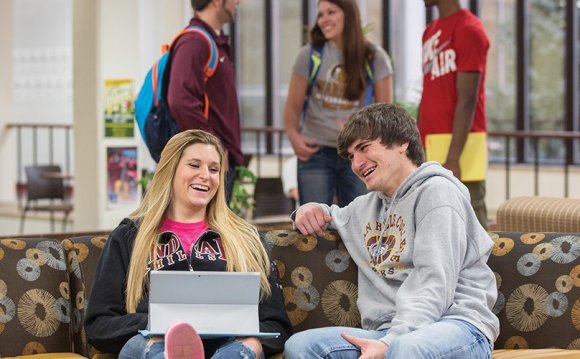 There are hundreds of different types of publics.

One hears “the public, ” a star says “my public.” You look in the dictionary and you find “public” means an organized or general body of people.

There is a specialized definition of the word “public” which is not in the dictionary but which is used in the field of public relations. “Public” is a professional term to public relations people. It doesn’t mean the mob or the masses. It means “a type of audience.”

The broad population to PR professionals is divided up into separate publics. Possibly the early pioneers in public relations should have begun to use “audiences” back in 1911 when some of the first texts on PR were written. But they didn’t. They used the word “publics” to mean different types of audiences for their communications.

So you won’t find this in the dictionaries as a public relations professional term. But you sure better wrap your wits and tongue around this term for use. Otherwise, you’ll make more PR errors than can easily be computered.

Wrong public sums up about 99 percent of the errors in public relations activities and adds up to the majority reason for PR failures. 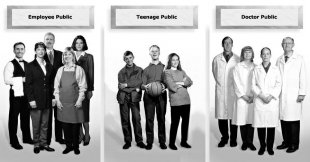 “Public” is a professional term to PR people. It doesn’t mean the mob or the masses. It means “a type of audience.”

An interest in common or a professional or social class characteristic in common—some similarity amongst a special group—determines the type of public or audience.

A person applying public relations needs this grouping as he can expect each different type of public to have different interests. Therefore his promotion to them must be designed especially for each type of public.

Someone using public relations does not think in huge masses. He thinks in group types within the masses.

Public relations is an activity concerned with presentation and audience. Even when he writes a news release, he “slants” it for a publication that reaches a type of audience and he writes it for that audience.

In order to do this, he first has to have an idea of the opinions or reality of that public or audience. He finds that out by conducting a survey.

A survey is a sampling, or partial collection, of facts, figures or opinions taken and used to approximate or indicate what a complete collection and analysis might reveal.

For instance, there is a group of three thousand teachers in one area and you want to find out what they want from the school board. By asking two hundred of those teachers, selected at random, you can get a good idea of where the whole group of teachers stands on that particular question.

A user of PR techniques surveys in terms of special publics. Then he presents his material so as to influence that particular public.

He doesn’t offer stories about wheelchairs to the teenage public or Mickey Mouse prizes to the elderly public.

All things being offered to the public should be designed to reach a special public.

When you mix it up, you fail.

When you get it straight and survey it, you succeed.

Someone who did not understand this concept of publics could miss completely. If some PR man tried to promote the “praises of John Dillinger” to the “police public, ” he would certainly not get a response. Likewise, the “criminal public” isn’t going to go into raptures over the “heroes in blue”!

All expert public relations is aimed at a specific, carefully surveyed, special audience called a “__________ public.”

When you know that, you can grasp the subject of public relations.

When you can use it expertly, you are a professional in the field of public relations.

Anyone using PR has to figure out his precise publics. There may be several distinct types.

Then he has to survey and look over the reactions of each different type.

He then plans and designs his communication and offerings for each one.

Someone using public relations is after a result, a call-in, a reply, a response.

The right message in the right form to the right public gets the result.

A wrong message to the wrong public simply costs lots of money and gets no result.

Knowing the right public, one can then survey them and communicate to them with reality.

If you want to obtain results, know who your publics are.

any of the equal, usually small, parts into which a company’s stock is divided. Stock means ownership in a corporation or company, which entitles the buyer to share in the ownership of the company and usually results in money paid to shareholders, voting rights, etc.

characteristic of or resembling the mouse-like character created in animated cartoons by Walt Disney (1901–1966), sometimes with the idea of being childish or of having relatively little value or importance.

John Dillinger (1902–1934), an infamous American bank robber, murderer and two-time prison escapee who was declared “public enemy number one” in 1933 for his role in numerous bank robberies and murders, including that of a police officer, performed by himself and members of a gang he organized.