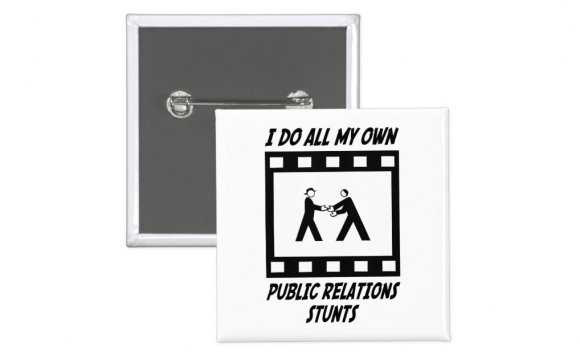 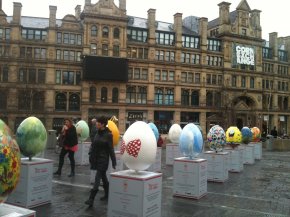 A PR or Publicity stunt is a big professional or amateur public relations event intended to attract as many people as possible to a cause or product. The intention can be to raise financial contributions or just increase awareness of a specific issue.

What Makes a Successful PR Stunt?

1. Community Involvement. A stunt isn’t a failure if there are only a few participants, but the more people involved the better it is for everyone. Creators should identify how many members they need to reach their goal. Is one or two donor enough or do they need a big crowd?

2. Be Memorable. The stunt that draws a crowd is not as effective as one that is still talked about years later. When the stunt is discussed, then the brand or association is, too.

3. Be Bold. The publicity stunts that everyone remembers are the ones that do something new, unique, and fun. The ALS Ice Bucket Challenge was so bold and fun that costume companies created a Halloween costume out of it. Even publicity stunts that are failures can still be unique and memorable. In 2005, Snapple tried to make the world’s largest Popsicle. Although it melted, the event succeeded in raising interest and awareness of the Snapple brand.

What Steps Do You Take to Create a PR Stunt?

There are three major steps to creating an effective publicity stunt:

1. Identify the Goal. First the business or organization needs to determine what they want to accomplish. Do they want to raise money and, if so, how much? Do they want to draw the public’s attention to an important issue? Is the point just to get people to a website where they might buy something?

2. Set a Deadline. Some publicity stunts last for an hour, some for a day or a week, and some for months. Enforcing a deadline encourages people to participate as soon as possible. You want the stunt at the top of their to do / to watch list.

3. Determine the Best Way to Get Your Message Out There. Newspapers, commercials and billboards aren’t ineffective, but these days the Internet spreads ideas the quickest. If the association or business already has a social media presence on platforms such as Facebook, Twitter and YouTube, that’s a good place to start. Share the information with people who already want to be kept up to date on what’s going on, and then you can trust them to spread the word to their friends, family and followers. The ALS Ice Bucket Challenge went from a local phenomenon centered around Boston, Massachusetts but went international in a couple weeks. It spread so quickly because it had a clear goal (raise money for research), a deadline (twenty four hours to complete the challenge) and a simple event that everyone could partake in. The only real requirement was a bucket, water, and a video camera. 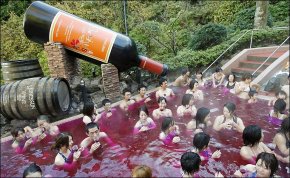 What is the Creator’s Role During the Stunt?

Creators must stay active and involved during the stunt. That means participating in it themselves, sharing it on their personal Facebook pages and blogs, and encouraging others to join in.

How Do You Know if the Stunt Was Successful?

Measuring a publicity stunt’s success depends on the initial goal. If the point is to increase awareness of an idea, you can measure both interest and the increased education by how many people “hit” the website where the information is, how long they stay on the site, and if they share what they learned via social media. If the point is to raise money then you measure how close you came to the predicted amount in nickels and dimes.

An example of a recent and extremely successful publicity stunt is the Ice Bucket Challenge to support both awareness and research of ALS (Amyotrophic Lateral Sclerosis) this past summer. Participants had twenty – four hours to film themselves dumping a bucket of ice water on their own heads, and put that footage on their preferred social media platform.If they didn’t complete the challenge they had to forfeit a hundred dollars to the organization. If they did, it was generally understood that they would still donate money, usually ten or twenty dollars. At the end of their video (which normally lasted less than five or six minutes) the participants nominated someone else to take the challenge, giving them twenty four hours to do the same.

In their October press release, the ALS Association that organized the event announced that they raised over one hundred million dollars for their cause. The majority went to research with the intention of finding a cure for the disease. Millions participated, including politicians like President Obama and A-List celebrities like Robert Downey Jr.

Publicity stunts are a way for an organization to make a big difference in a short amount of time. It can be fun or formal and it can focus on dollars or education. Businesses and organizations looking for new “guerilla marketing” techniques should get their inspiration from Popsicles and buckets of ice!