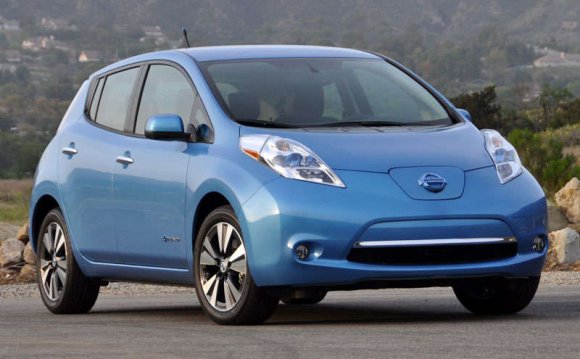 This week Nissan announced a new stage in its relationship with Nissan United, the dedicated Omnicom unit that handles its marketing business within the United States.

The largest change involves consolidating all work on the East Coast in an effort to be closer to the company’s U.S. headquarters in Franklin, Tenn., several miles outside of Nashville.

“Our relationship with Omnicom has never been stronger, ” says Nissan U.S. vp of marketing communications and media Jeremy Tucker, positioning the shift as a response to the company’s desire for “more integrated, nimble, market-friendly strategies” and adding, “We’re reinforcing our marketing success on the East Coast with best-in-class Omnicom resources.”

"As we continue to keep pace with all of our clients’ needs and geographic demands, we need to offer flexibility within our network in order to serve their needs."

A significant portion of the work related to this account had been handled by TBWA\Chiat\Day Los Angeles in recent years, but for the most part that will no longer be the case. In an internal memo acquired by Adweek, TBWA\Worldwide president and CEO Troy Ruhanen writes, “As we continue to keep pace with all of our clients’ needs and geographic demands, we need to offer flexibility within our network in order to serve their needs. This entails not only relocating and redistributing talent but also a more open way to sharing our resources across offices.”

Tucker declined to elaborate on specifics regarding the shift, calling it “part of our master plan in having a partner like Omnicom.” He did, however, state that Nissan had achieved an “all-time record” in sales for 2016 while noting that the brand’s Star Wars: Rogue One crossover was the largest such project in its history.

“It’s literally about taking us to the next level by performing as a modern marketing organization where media, creative and strategy are all aligned on our business moving at the speed of our culture, ” Tucker says, adding, “I think you’ll see big things from Nissan in the future.”

Representatives for TBWA and Zimmerman deferred to the client for comment, but sources with direct knowledge of the matter state that some—not all—of the L.A.-based team members working on the business will now have the opportunity to relocate to New York, Nashville or Ft. Lauderdale, Fla. A small number of related jobs will remain on the West Coast, but Ruhanen’s memo notes that the shift “will lead to a general headcount reduction in L.A., with an increase in other locations and disciplines.”

This almost certainly means more work for both Zimmerman and TBWA\Chiat\Day New York, with the latter handling a larger share of the client’s digital and social media work moving forward. Aside from the Nissan news, Ruhanen writes, “My belief in our L.A. team remains firm.” The West Coast office won global B2B agency of record duties for Intel in August and made several key leadership hires in recent months, including those of chief innovation officer, managing director John Deschner and president Erin Riley.

Nissan is currently the fifth largest American auto advertiser. According to the latest numbers from Kantar Media, the Japan-based company spent just under $750 million on measured media in the U.S. in 2015 and $493 million from January to September of 2016.

The Nissan United unit employs hundreds of Omnicom staffers across the country. It is unclear at this time how many will be affected by the news, though sources tell Adweek that TBWA\Chiat\Day Los Angeles will be going through a round of related layoffs.