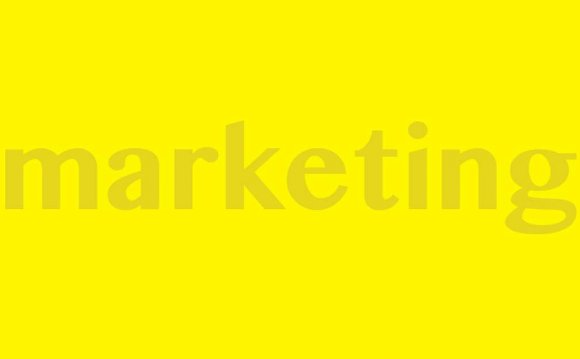 Edward Bernays, 'Father of Public Relations' And Leader in Opinion Making, Dies at 103

dward L. Bernays, an early leader in the public relations field who devised or developed many techniques for influencing public opinion, died yesterday at his home in Cambridge, Mass. He was 103.

Mr. Bernays was one of the first people to expand what had been a narrow concept of press agentry, or working to influence government policy, into a far more ambitious - and controversial - realm of seeking to influence and change public opinion and behavior.

Over the years, he was instrumental in the formation of opinion-shaping methods that were used on behalf of many business and industrial enterprises, welfare and civic groups, and governments at home and abroad.

He helped shape public relations by favoring the use of endorsements from opinion leaders, celebrities, doctors and other "experts" to strengthen the arguments his clients wanted to make. In addition, he favored surveys, releasing the results of experiments and polls to make a better case for his clients' positions and products.

Mr. Bernays, a nephew of Sigmund Freud, was born in Vienna, grew up in New York and made the city his longtime home and base for his public relations work. Doris E. Fleischman was his wife and partner for more than 50 years. They began working together in 1919, were married in 1922 and moved to Cambridge in 1962. She died in 1980.

Several of the societal changes that Mr. Bernays espoused for clients have had long-lasting effects. For instance, he was instrumental in making it acceptable for women to smoke in public, sponsoring, on behalf of the American Tobacco Company's Lucky Strike cigarettes, demonstrations in which debutantes gathered on street corners to light up. The cigarettes were even called "torches of freedom."

On behalf of Lucky Strike, Mr. Bernays also undertook to alter women's fashions. When surveys showed that women objected to Luckies because the green package with its red bull's-eye clashed with the colors of their clothes, he swung into action to make green fashionable. There followed a green fashion luncheon, green balls (at which green gowns were worn), and window displays of green suits and dresses. The campaign was a brilliant success, according to sales figures.

He regarded himself as a professional opinion maker who, by following precise principles, could produce desired changes in attitudes.

"Public relations, effectively used, helps validate an underlying principle of our society - competition in the market place of ideas and things, " he wrote in 1971.

But in an interview in 1991, when he turned 100, he said: "Public relations today is horrible. Any dope, any nitwit, any idiot can call him or herself a public relations practitioner." He said he was still consulting with clients and regarded public relations loftily as a "social science."

By the 1990's, his niche in cultural history seemed assured. In 1995, Ann Douglas, a professor of English and comparative literature at Columbia University, wrote in "Terrible Honesty: Mongrel Manhattan in the 1920's" (Farrar, Straus & Giroux) that in that era, "Freud was the chosen mentor of Madison Avenue, " and "Edward Bernays, often called the 'father of public relations, ' who orchestrated the commercialization of a culture, was Freud's nephew and a self-conscious popularizer of his thought."

One of his early public relations strokes was on behalf of Venida hairnets. When women began to bob their hair after World War I, they discarded hairnets, much to the distress of hairnet manufacturers.

Venida, an industry leader, called in Mr. Bernays, who conducted a public relations campaign for the product. Among other things, he got artists to praise the "Greek coiffure" look that hairnets gave their wearers. And he got a labor expert to urge labor commissioners around the country to insist that women working with or near machines wear hairnets for their own protection. Much favorable publicity ensued.

In this, as in similar campaigns, Mr. Bernays's approach was oblique. The emphasis was on hairnets, not on Venida. Indeed, Venida was rarely mentioned at all.

Born on Nov. 22, 1891, Mr. Bernays was one of five children of Ely Bernays and Anna Freud Bernays. The family moved in 1892 to the United States, and in 1912 Mr. Bernays graduated from Cornell University. After doing United States Government war propaganda work in World War I, Mr. Bernays realized that, as he put it in the 1991 interview, "if this could be used for war, it can be used for peace."

And so he opened his office with his wife-to-be and in a short time accumulated an impressive array of clients, among them the Hotel Association of New York City; the Waldorf-Astoria; Procter & Gamble Company; the Celanese Corporation; Continental Baking Company; General Electric Company; General Motors Corporation; Philco; United Fruit Company; Westinghouse Electric Corporation; Time Inc.; CBS, and NBC. He also handled publicity for Clare Boothe Luce and Samuel Goldwyn.

Some of Mr. Bernays's promotion efforts became legendary. To promote Ivory soap and make bathing more popular with children, he set up a national small-sculpture panel that for years oversaw soap-carving competitions.

In his later years, beginning in the early 1960's, he was a public opponent of smoking and took part in anti-smoking campaigns.

Around his 100th birthday, he campaigned unsuccessfully to get legislation passed in Massachusetts and other states that would have required the licensing of public-relations practitioners.

Mr. Bernays was also a philanthropist, served on numerous boards and committees in various fields, and received honorary degrees and many awards for his work.